Over 350 members of the label & packaging industry came to St. Louis, Missouri for the 2017 installment of the FTA Fall Conference. This year’s conference theme was “The Gateway to Technology”, with a main goal of facilitating thought-provoking dialogue on new technology in the flexo market. Saint Louis is known by many as “The Gateway to the West”, making the Flexographic Technical Association (FTA) tagline a clever homage to the conference location. In addition to educational programming, the summit fostered fun networking opportunities for attendees. Needless to say, it was an action packed couple of days!

The conference kicked off with a session on the history of flexographic innovation, and how the print market is evolving. Market data shows there is a greater need for hybrid printing processes, a technology that combines the benefits of flexo with the undeniable advantages of digital. The second session of the day highlighted the history of FIRST. Initially released in 1997, the resource has provided ‘all members of the flexographic supply chain with the necessary technical information to produce high quality and consistent print results’.

Day two was spent acknowledging the 2017 FTA Technical Innovation Award winners and drilled down on the October FLEXO Magazine cover project. Mark Andy was a proud recipient of the accolade in April, which was awarded to our Digital Series full-production hybrid platform. In addition to the Digital Series, Innovation Awards were given to our partners at Esko and Flint Group. Ray Dickinson, Vice President of Marketing & Business Development for Digital Solutions spoke on behalf of Mark Andy.

In his presentation, Dickinson educated attendees on how the Digital Series hybrid press contributes to the advancement in the flexographic industry by providing a solution for converters that makes any length of job profitable, and extremely productive- moving two shifts of flexo work down to one. Mark Andy Digital Series is a unified hybrid press platform which integrates flexography and web transport with UV inkjet printing. The entire production process is unique compared to other strictly digital devices, in that advanced decoration, converting and finishing are all done inline in a single pass. 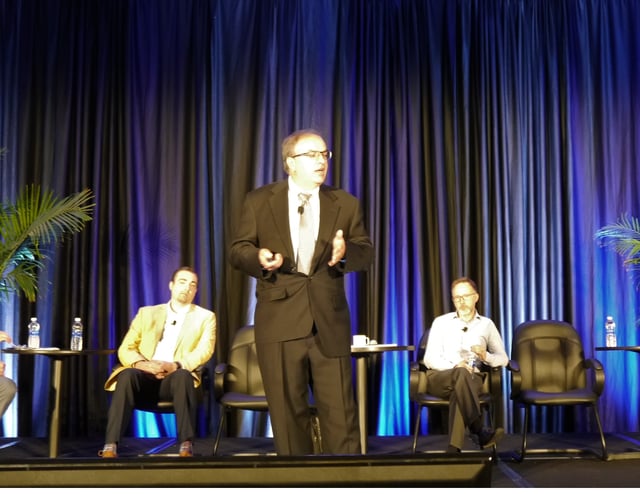 One of the main highlights of the FTA Fall Conference was the aforementioned cover project, powered by the FTA-recognized innovations from Mark Andy, Esko, and Flint Group. The goal was to combine flexo and digital print while utilizing all three FTA Technical Innovation Winners: Esko’s XPS Crystal 5080, Flint Group’s EkoCure ANCORA inks and our Digital Series hybrid press. During the conference, Nat Davis, Product Manager of Digital Series spoke on calibrating the process of combining flexo and digital processes into one to create the FLEXO magazine October cover. 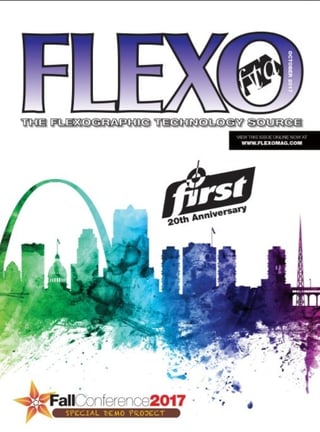 The front cover of the October issue of FLEXO magazine

The prep and planning for this project began shortly after the 2017 FTA Awards were announced at the end of April this year. The actual printing took place at Mark Andy’s global headquarters in Chesterfield, MO August 7 - 11th. The entire outside spread of the magazine was printed on the Digital Series, the majority of the cover was printed digitally. The flexo elements of the cover include the word “First” printed using a cold foil and the FLEXO (masthead) printed using a Reflex Blue spot color. The entire outside spread was then varnished. To color-match the cover, the team decided to use Mark Andy’s Performance Series P7 Press in conjunction with the Digital Series. To learn about the cover project in detail you can read the original article here.

Following the closing sessions of the conference, Mark Andy welcomed over 50 industry professionals to our global headquarters in Chesterfield, which was a short drive from the conference venue. Festivities began with lunch from Salt + Smoke, a well-respected staple in the St. Louis BBQ scene. Directly following lunch, attendees were provided the opportunity to see the inner-workings of Mark Andy through manufacturing plant tours and live demonstrations on new technology. Mark Andy Performance Series, Digital Series, and Digital One flexo presses were producing labels live for guests. 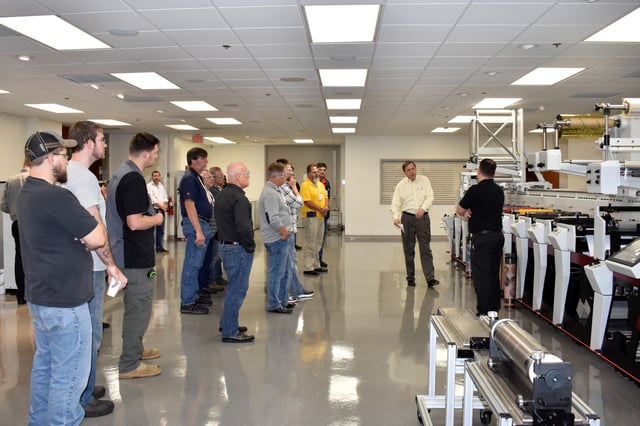 Live demonstrations highlighted the new advancements of the P-Series platform 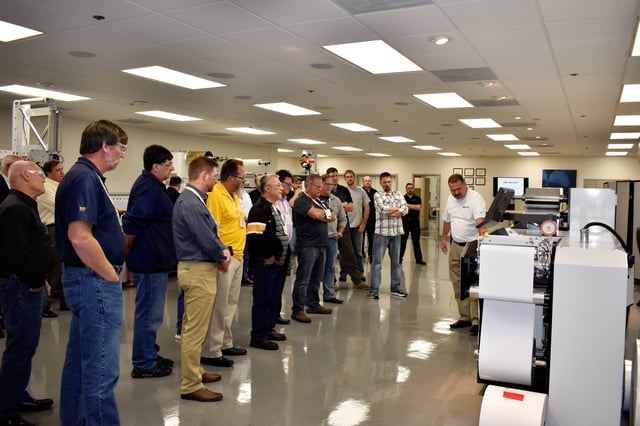 Digital One is an affordable, compact prime label press 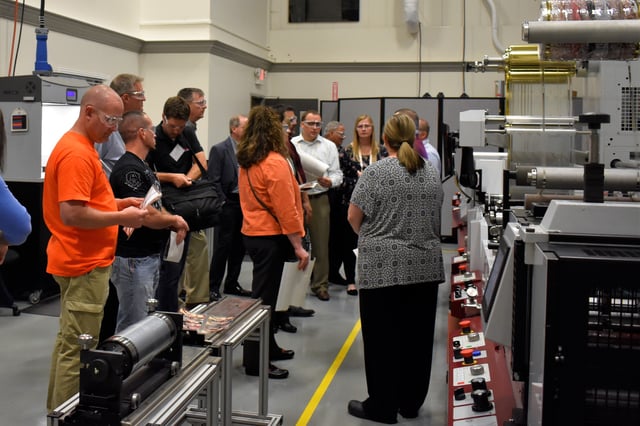 Attendees were able to see Digital Series live and in action

Mary Sullivan, FTA Board Chair and Regional Sales Manager for Mark Andy summarized the success of the conference, providing “This fall’s FTA Conference in St. Louis resulted in a very worthwhile endeavor. More than 350 attendees received an in-depth review of print and color management and how that relates to working with both flexography and digital print technologies along with in-depth discussions on innovation and how our flexo industry continues to evolve...by all of us working together. The factory tour of North America’s premier narrow web flexo machine company brought it altogether. The FTA continues to inspire, educate and  drive innovation for our future”. 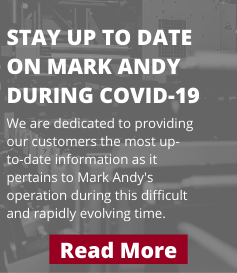 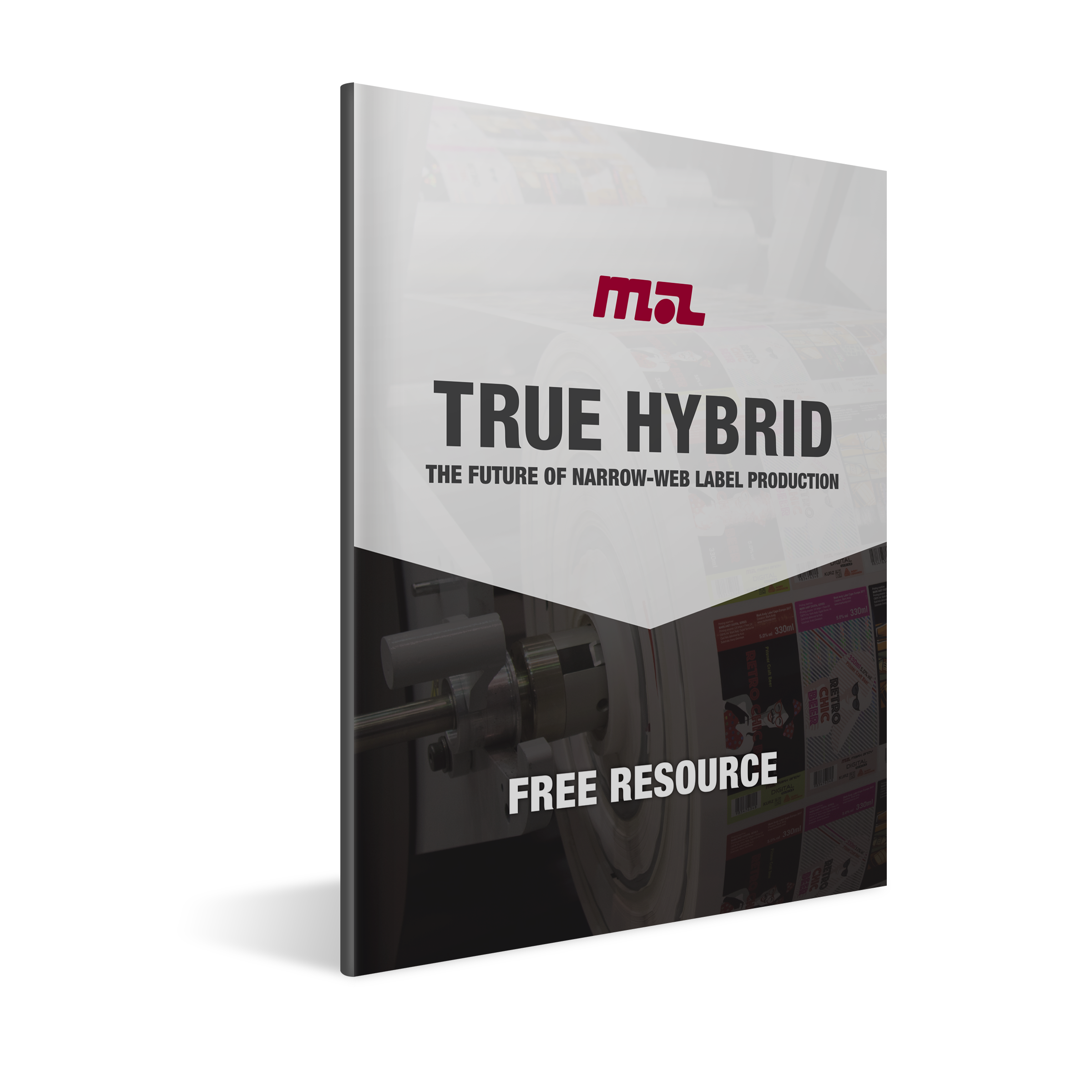